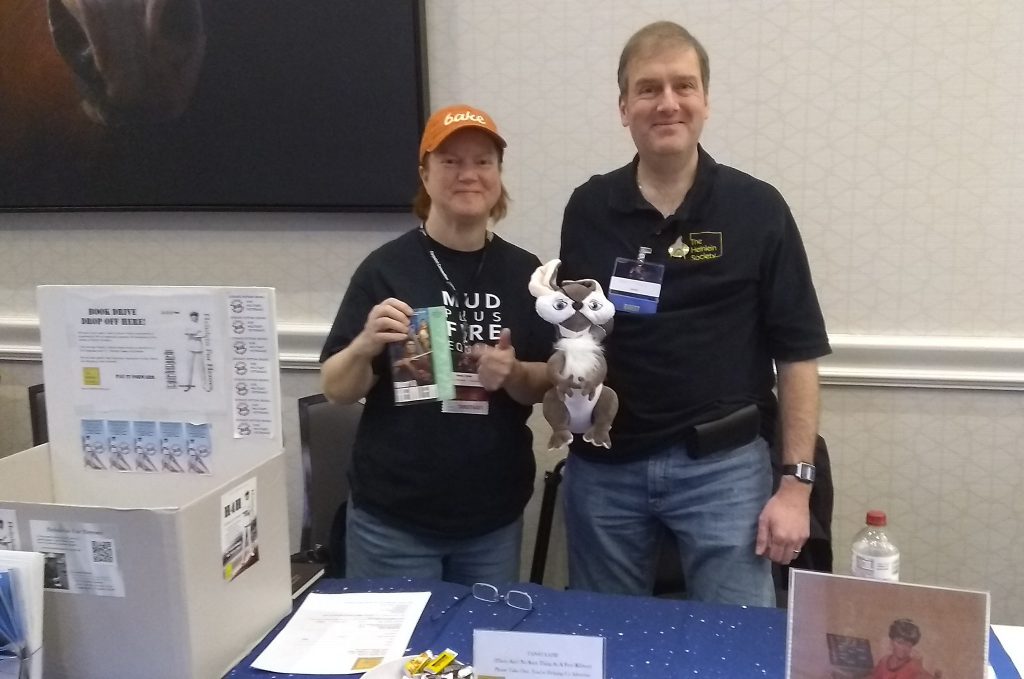 Heinlein Society President, John Tilden (pictured above), represented THS at the FarPoint Convention in Baltimore, Maryland on February 22, 2020.  Mr. Tilden was joined by Betsy Childs (pictured above), a new THS Member and THS Member Steven Wilson.  Even though FarPoint is a Star Trek focused Con, there are connections.  Several Star Trek episodes were influenced by RAH, not the least being “The Trouble With Tribbles” episode.  Star Trek contacted RAH to get permission to air the episode because of the similarity between Flat Cats (The Rolling Stones) and Tribbles.  RAH graciously agreed and ended up becoming a fan of the show himself.  Mr. Heinlein proudly displayed a Kelly Freas drawing of LT Uhura in his office. 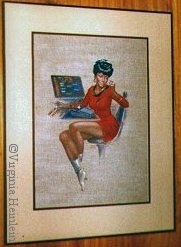 Frank Kelly Freas’ painting of Nichelle Nichols as Star Trek’s “Lt. Uhura”. This painting was displayed at the Smithsonian with all seven “officers of the deck” from the original Star Trek series, as painted by Freas, as part of a larger temporary Star Trek exhibit. Ginny Heinlein’s admiration for it, with some support from Kelly’s wife, Polly, resulted in Kelly Freas gifting it to the Heinleins.

During his day at FarPoint, Mr. Tilden manned a THS booth, attended two panel discussions and was interviewed for the SciFi Diner Podcast.  The next Con will be BaltiCon in May. 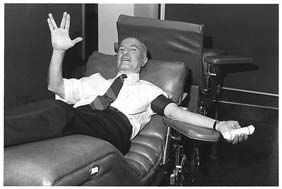