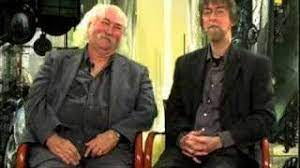 I received the sad news today that David Crosby had passed away.  It will be easy to find out about his musical career culminating with Crosby, Stills, Nash and Young, the first “super group.” What most people don’t know is that David Crosby was a lifelong fan of Robert A. Heinlein.  He commented in an interview with Spider Robinson that his first Heinlein book was Rocket Ship Galileo and he was hooked.  He was also a fan of Spider Robinson’s and assisted Spider with the music described in Variable Star.  To see the interview on You Tube go to https://youtu.be/Y1kdXHWSSmA.