2016 Post-Worldcon Trip to Jefferson City, Anyone? 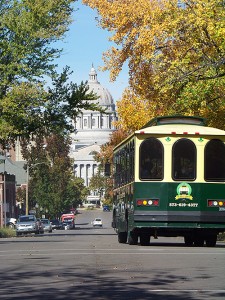 As you all know, The Heinlein Society is procuring the Robert A. Heinlein exhibit for the Missouri House of Representatives’ Hall of Famous Missourians. A link to the finished bust photos and time-lapse movie of the completed clay sculpture is here. It is the Society’s plan to coordinate with the 2016 Worldcon, MidAmeriCon II in Kansas City (www.MidAmeriCon2.org ) to unveil the Heinlein Exhibit at their Worldcon.

For those of you who either attended our recent September 12 Annual Meeting or have downloaded the briefing package, on page 36 you see the final bullet referring to a post-MidAmeriCon II “relaxacon” which we are tentatively calling “RAHcon” for “Robert Anson Heinlein convention” but also because we pronounce it “Rock On.” At the moment, this effort is thought to be simply a small group of Heinleiners travelling to Jefferson City, the Missouri capitol, to attend the Induction Ceremony for the Heinlein Exhibit in the Hall of Famous Missourians.

The purpose of this article is to see if there is sufficient interest among our members, and others who will attend MidAmeriCon II, to warrant further inquiries into some tour-like cost packages for transportation, lodging, and sight-seeing. If interested, please send me a note.

TRAVEL FROM KANSAS CITY TO JEFFERSON CITY, AND BACK

A representative of the Jefferson City Convention and Visitors Bureau solicited on our behalf a request for quotation; four hotels in Jefferson City responded with room rates in the attached table. Links with further information about the hotels is at http://www.visitjeffersoncity.com/stay.php 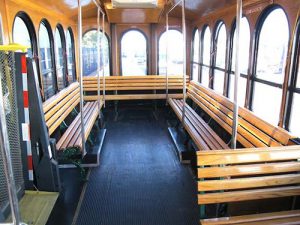 WHAT TO DO IN JC

Jefferson City has a population of about 43,100. Not much to do unless you want to wander around a small town; their brochure has a tour of a local prison.