Heinlein History: Kansas City, Missouri
around the time the Heinlein family lived there…

Robert A. Heinlein was born in 1907 in Butler, Missouri. A few years later the family moved to Kansas City where he grew up. Kansas City around this time figures prominently in several Heinlein pieces, being the homes of two of his most notable, and arguably most auto-biographical, characters, Lazarus Long and Maureen Johnson Smith.

Lazarus Long, born as Woodrow Wilson Smith, was born in Kansas City in the early 1900s. His stories are told in Methuselah’s Children and Time Enough For Love. Maureen’s story is To Sail Beyond the Sunset. Time Enough For Love and To Sail Beyond the Sunset overlap in the telling of one part of their shared story. Lazarus and the Howard families also appear in Number of the Beast and The Cat Who Walks Through Walls. 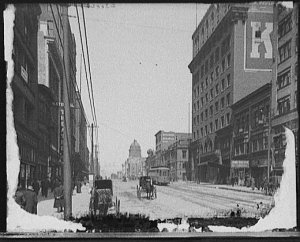 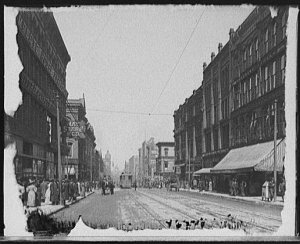 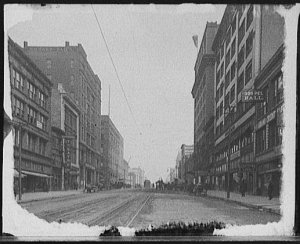 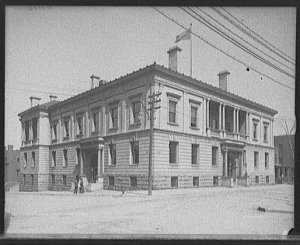 The year was 1910. In Kansas City a ten-year-old youngster took his three-year-old brother into the backyard to see Halley’s Comet…The child would always long to go to the stars…By the time he was in his early teens, Robert Heinlein had read all the books in the Kansas City Public Library on the subject of astronomy… –Virginia Heinlein in Requiem 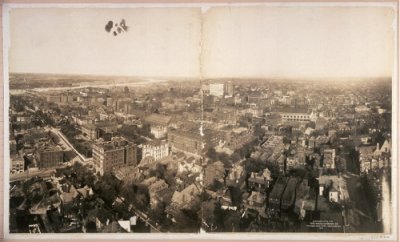 In the 1900s Kansas City was an exciting place… Kansas City had 150,000 people in it. There were electric streetcars, almost as many automobiles as horse-drawn vehicles, trolley wires and telephone wires and power wires everywhere. All of the main streets were paved and more of the side streets were being paved each year; the park system was already famous worldwide and still not finished. The public library had (unbelievable!) nearly half a million volumes.  –To Sail Beyond the Sunset by Robert A. Heinlein 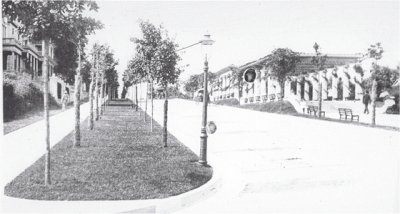 Straight out to Thirty-ninth–then over to the Paseo? Or Prospect and over as far as Swope Park? Would she let him take her that far? Oh, for a thousand miles of open road and Maureen beside me! —Time Enough For Love by Robert A. Heinlein