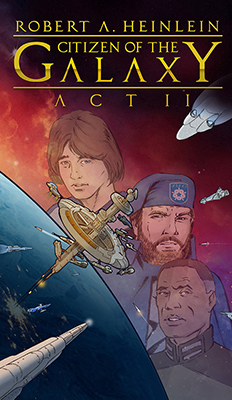 You all know that Citizen of the Galaxy was put out as a high quality graphic novel earlier this year, but for those who missed the Kickstarter campaign, it has now been picked up by IDW, (the third largest distributor of graphic novels) and is being distributed nationwide in three issues ($3.99 per issue). From a review:

The artwork here is great, as well, vivid and colorful, bringing the world of the distant planet on which the story takes place to life and adding depth to the story. Between the two, I was hooked right from the beginning and was held in rapt attention all the way through. I can’t wait till the next issue. If you’re a fan of Heinlein, YA [science fiction], space travel, or just really into cool and compelling stories, you’ll want to take a look at Citizen of the Galaxy.

Eric Gignac, the artist who not only did the Kickstarter for the graphic novel version, but who was involved with every aspect of turning the novel Citizen of the Galaxy into comic form, reports that comic book shops he’s been in touch with say that they’ve sold out of 2 orders – a great start!

In other news concerning COTG; IDW will be issuing a trade paperback of the entire graphic novel including at least 10 pages of additional scenes and artwork that was not included in the original printing. The Trade paperback is due out sometime in the Fall.

Some of the artists involved in the COTG project will be signing issues of the comic and promoting the Virginia Edition at Worldcon in Spokane, Washington, August 19th thru the 23rd. 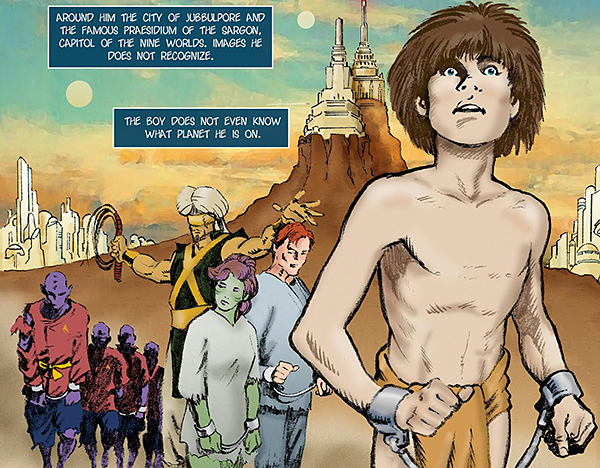