A Message From The New President Of The Heinlein Society 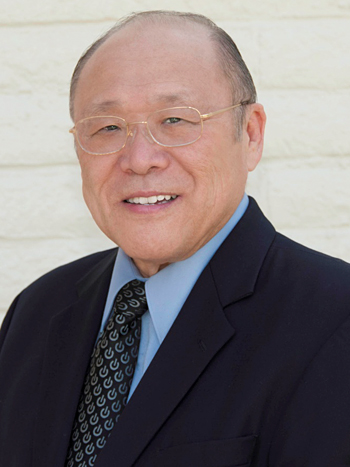 I am Keith Kato, and at the 15 September 2014 meeting of The Heinlein Society’s Board of Directors, I was honored to be elected the fourth President of the Society. I succeed my good friend Mike Sheffield, who—like Cinncinnatus—could have stayed in office, but relinquished it willingly. Mike decided, after over a decade of involvement in THS, first as Blood Drive committee chairman, then as a Director on the Board, then as President, to take a VERY well deserved respite. Those of us on the Board know of Mike’s exceptional efforts on behalf of the Society at a truly existential point in our history.

I was born in Los Angeles in 1950, and was named after my mother’s obstetrician, Dr. Keith Russell, who later became a professor at the University of Southern California’s School of Medicine. I attended local public schools, received my Bachelor of Science in Physics at UCLA, then my Master of Arts and Doctor of Philosophy in Physics at the University of California, Irvine, specializing in plasma physics and electrical pulsed power. My doctoral advisor was Herr Doktor Professor Gregory Benford, the famous SF writer, and our discussions as advisor-student were this unusual admixture of both physics and SF. (Greg and co-author Dr. David Brin killed me in the very first line of their novel Heart Of The Comet, and did so with microwaves—an inside joke on the subject of my dissertation.)

I am also a martial artist, beginning with the study of judo in 1965 under the famous Sumikichi Nozaki (9th dan), and the study of Shotokan karate in 1975 under the equally famous George Takahashi (8th dan). My last certificate in Shotokan karate says 4th dan, and I was Head Instructor of the Orange County Karate Club in Fountain Valley CA for several years.

Before graduate school I worked for a small company called Shock Hydrodynamics, performing physics testing with chemical high explosives. Greg Benford says this background was part of the reason I was invited to work at UC Irvine’s Relativistic Electron Beam Laboratory, which led to my dissertation work: “High Power, Very Broadband Microwave Radiation from the Interaction of a Relativistic Electron Beam with Plasmas in the Low Magnetic Field Regime, with Application to the Type III Solar Burst Phenomenon.” After graduate school, I worked for 31 years for a quick response R&D group, first for General Dynamics, which was bought by Hughes, which was then bought by Raytheon. I worked on technologies and programs I still may not talk about. I retired in July 2014, having worked for three companies without having to move my desk once, and having accumulated six patents with two more in-process as I speak. I am setting up a small consulting company, and hope to teach physics at local high schools.

My science fiction activity began in 1972 by attending that year’s Westercon (4th of July weekend, Long Beach CA) and Worldcon (Labor Day weekend, Los Angeles CA). I had been a life-long SF reader, and my first Heinlein was none of his juveniles but Stranger In A Strange Land at age 11 (cough). At that year’s Westercon, I met Heinlein’s eventual Official Biographer Bill Patterson for the first time, and we became life-long friends because of our Heinlein affinity. In 1974 I began what is, in the SF field, my most notorious activity, the so-called “Keith Kato Chili Party.” For 40 years now, I have prepared gallons of chili to serve guests at various SF conventions, including Worldcons as far away as Melbourne, Australia, Glasgow, Scotland, and Yokohama, Japan. In the process, I met several SF names including the Heinleins. Somewhere in the available archives of The Heinlein Society Newsletter is my article on meeting the Great Man and his equally Great Lady. I exchanged a few letters with them, acknowledged RAH’s influence on me in my doctoral dissertation (for which he sent a hand-written thank you note), and even named my favorite cat “Pixel” though my Pixel was a sealpoint Siamese girl and not an orange tabby boy.

If I remember correctly, Bill Patterson first told me of THS’s pending formation at the 1998 Westercon in San Diego, and I was asked to join the Board meetings as a committee chairman after the 2002 Loscon in Los Angeles. At the 2005 Loscon, Bill told me of the 2007 Heinlein Centennial, and in 2006, with the approval of THS’s Board, I worked concurrently but separately on both THS and Centennial activities. (THS had nothing to do with the Centennial’s planning and execution, although Mike Sheffield was also asked to run the Blood Drive there.) I became “Speaker to Fandom” and “Manager of Static Displays” for the Centennial-a “Cell C” level manager (see The Moon Is A Harsh Mistress) under Cell B of Bill Patterson, Jim Gifford, Peter Scott, and Tim Kyger. The “Speaker” duties included spreading the word about the Centennial through the usual SF channels, and the “Manager” duties were to set up staffing and logistics for every activity not involving a human speaker: Blood Drive, Marketplace, Art Show, Audio and Movie room, NASA and National Space Society displays, etc. In 2009 I was elected to THS’s Board of Directors, and in 2010 became the Secretary-Treasurer (later amended in the Bylaws to Vice President-Secretary, with Treasurer being made into a new office).

As for THS, I mirthfully put to you Kato’s Theorem: Among N Heinleiners, there will be N2 opinions on what to do. Bill Patterson laughed when he heard this, and said the exponent might be too small. You all remember Willem’s crest in Double Star, “I Maintain.” It seems to me the Board must grapple with an assortment of programs on our plate, and the means to pay for them. The Society has limited financial resources, so the Board must navigate how to expand outreach, membership, financial support, and our volunteer corps within those resources. As of now, THS’s programs include: Heinlein Blood Drives (over 18,000 units collected to date); free Educational CD resources to middle- and high-school teachers and librarians; two small undergraduate scholarships in STEM subjects; the Bill Patterson cash prize for best Heinlein-related academic paper; financial support for the Heinlein Award medallions given each year by Balticon; continued publication (once Bill Patterson’s estate is settled) of The Heinlein Journal; and “Heinlein For Heroes” to send Golden Age SF books to hospitals and deployed troops in theater. Just recently a new program appeared: Collecting funds for a Heinlein bust and plaque. Missouri’s House of Representatives selected native son Robert Heinlein to join the Hall of Famous Missourians. By state law, state funds for the bust and plaque for the Induction Ceremony cannot be used; private funds only. THS’s Board has decided to accept the role of financial point of contact, and while THS is not obligated to export funds until a financial threshold is reached, that threshold looks to be north of $25,000. This amount is at least 4-5 times greater than any single dedicated fund-raising activity THS has assumed.

So you can see, we need YOUR help. Begin and keep renewing a THS membership. Donate funds beyond a simple membership if you can — as a 501(c)(3) organization, 100% of membership and donations to THS are tax-deductible. Consider us in your estate planning. Talk us up to your friends. Link to us on your blogs or websites. Volunteer for our committees. If you have some skill in writing grant proposals, contact us. Please join us in our efforts to “Pay It Forward” as Robert A. Heinlein’s writings and legacy instruct. You can reach me at for further inquiries.

Best regards to all,