Events at Worldcon in SanJose Aug-Sept 2002 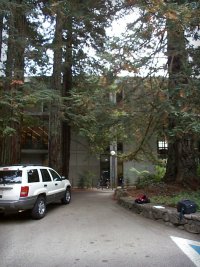 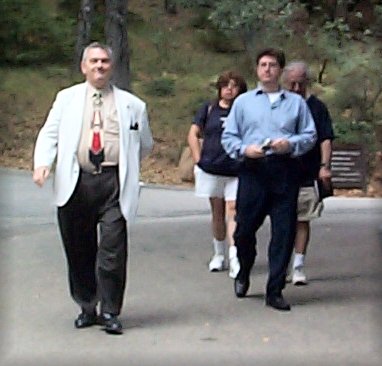 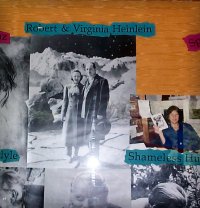 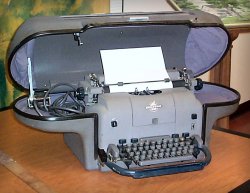 The electric typewriter dubbed the "coffin" owned by Robert Heinlein. 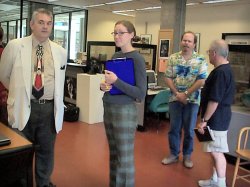 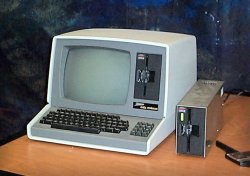 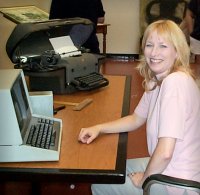 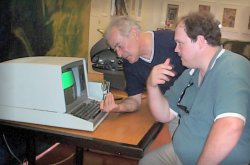 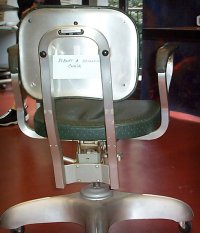 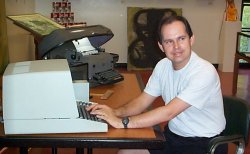 Peter Scott, seated in the chair, at the computer. 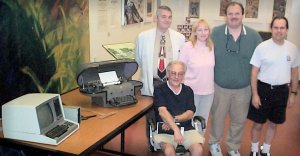 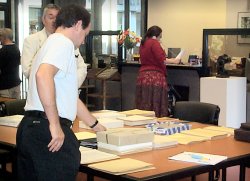 Peter Scott, in front of Bill Patterson, assistant research librarian number 1 (the redhead) in the foreground, examining RAH's actual manuscripts neatly arranged in the boxes and carefully alligned piles on the table. 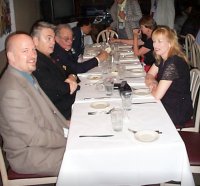 Head Table at the beginning of dinner. Robert James across from vacant chair; Bill Patterson across from Deb Rule; David Silver ; Brad Lyau across from Elizabeth Malartre; standing in the background are Thomas Goodey, Peter Scott, Greg Benford, on the right in rear at second table is Steve Lovekin (guest of Laurie Williams), seated. 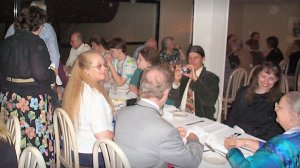 Another good shot of the middle of the room. This one finally has a frontal shot of agent Eleanor Wood, smiling in the right foreground at Mrs. Marilyn Niven on the end of the table. The woman with her back to the camera is Kris Lovekin, Laurie Williams sister and she is talking to her husband Steve Lovekin 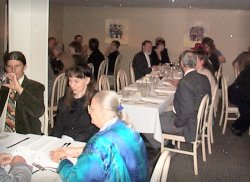 Shot from the middle of the room, showing entrance from downstairs on right, with Joel McKinnon, the reporter from New Mars, taking a photo of Larry Niven, Eleanor Wood, and Mrs. Marilyn Niven at the end of the first table.